Written by Kyle Weiskopf
Updated over a week ago

If you no longer wish to use Meteor Mega Menus on your Shopify store, there are two steps you need to take:

The easiest way to remove Meteor's code is to use the app's built-in uninstall tool, which automatically uninstalls the code for you. This tool is only available if Meteor is still installed on your store, so if you've uninstalled the app, you can either reinstall it using Shopify's app store (linked here), or you can manually remove the app's code (instructions below). 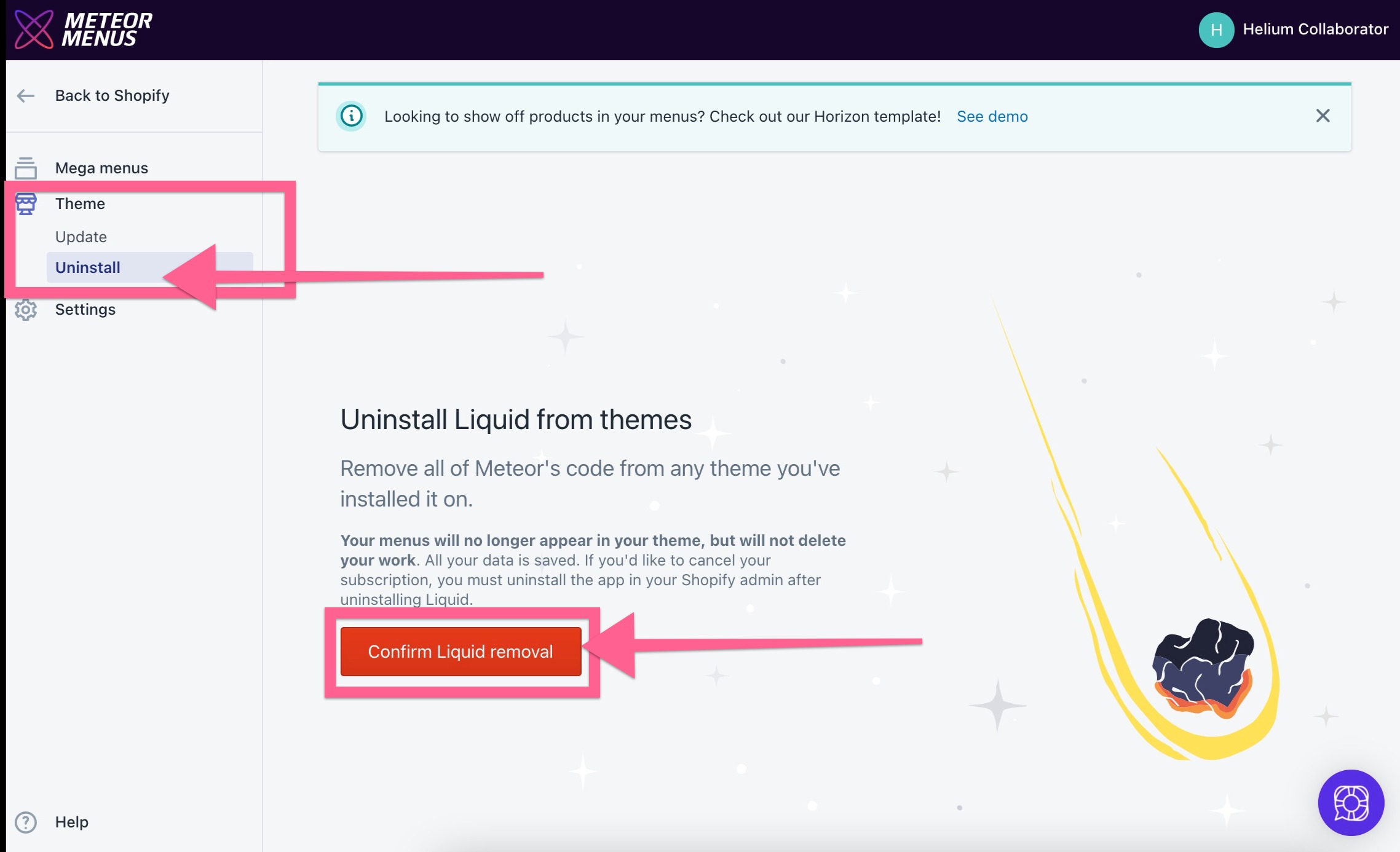 The process shown above will remove Meteor's code from all your store's themes.

To cancel the app's billing and fully remove Meteor from your store, you'll need to delete the app from the Shopify admin.

The steps above will cancel any recurring charges/subscriptions for the app, and the app will be removed from your store.

Did this answer your question?